BY DAVID GETCHELL WITH MAUREEN CLEARY 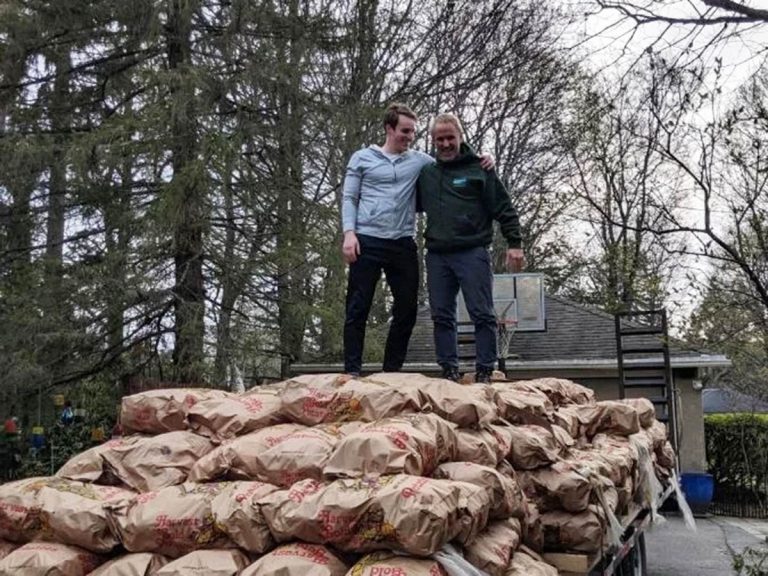 Maureen Cleary took over as Secretary of the USA Dance Dancers of Central Massachusetts (DOCMA) Chapter three years ago when she attended a board meeting, was asked to take the notes, and realized that the chapter was on the verge of dying. Within a year, she became President when no one else wanted the job. Looking back, she might have wished she ran the other way, but as one who likes a challenge and was recently retired, she decided to take on the responsibility.

Rebuilding the board was not an easy task. She admits it took a fair amount of begging and pleading, but she believes what won people over was to assure them that if they could just afford to dedicate one hour a month (a board meeting), she would take it. Believing that people are fearful of committing and the amount of work they may have to take on, she lets people know she will be happy with whatever time they can give. 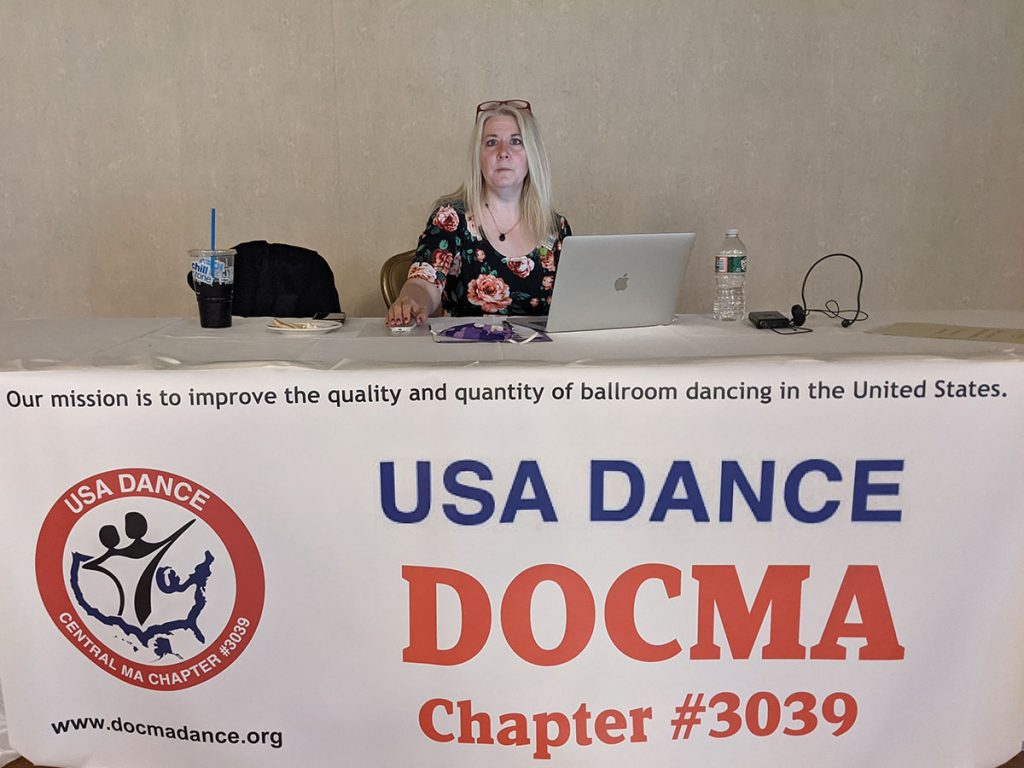 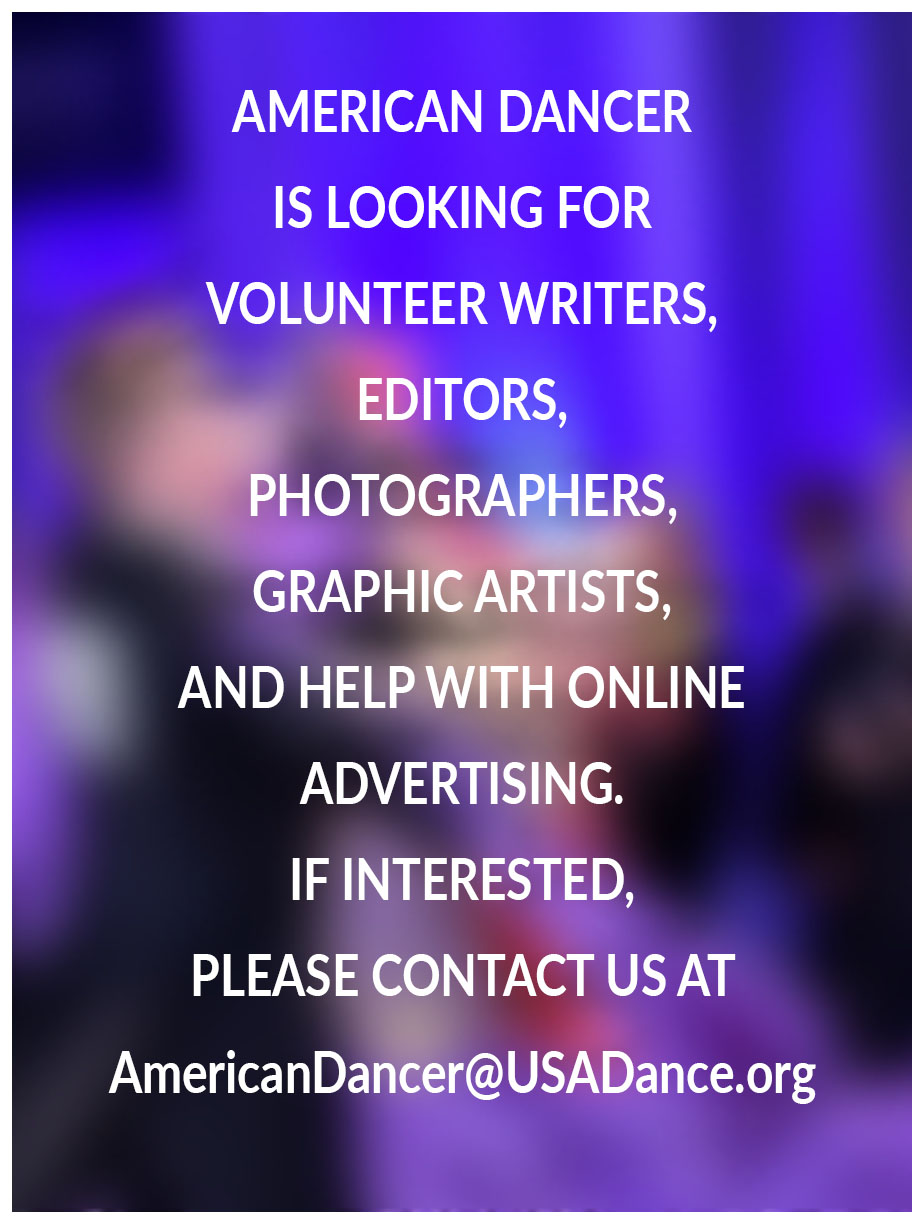 In April of last year, when dances were no longer taking place due to COVID, the chapter became aware of a farmer in Maine who was sitting on a huge number of potatoes that were going to go to waste because of all the restaurant closures in the area. The chapter decided to use $1000 of its treasury to buy potatoes to be donated to the food pantries, churches, and shelters in the Worcester area. This clearly was not a normal part of their chapter’s charter but given the circumstances, this was a way to contribute to a much-needed cause and demonstrate that the ballroom dance community cared and was willing to help.

DOCMA Board Member Fred Anderson lined up the potato purchase and, with his son, made the eight-hour drive North to pick up the potatoes to deliver them back to Worcester (see photo above). This turned out to be a herculean feat as they had to load 200 bags of potatoes, weighing 50 pounds each, onto his flatbed. That is five tons of potatoes!

The potatoes were brought to Maureen Cleary’s house, who arranged, with her husband Dan, to personally distribute the potatoes to 12 different organizations serving families throughout Central Massachusetts. That distribution was another herculean feat, given the large flatbed truck, narrow streets, and tons of potatoes! See docmadance.org for the full Potatoes and Dancing story. 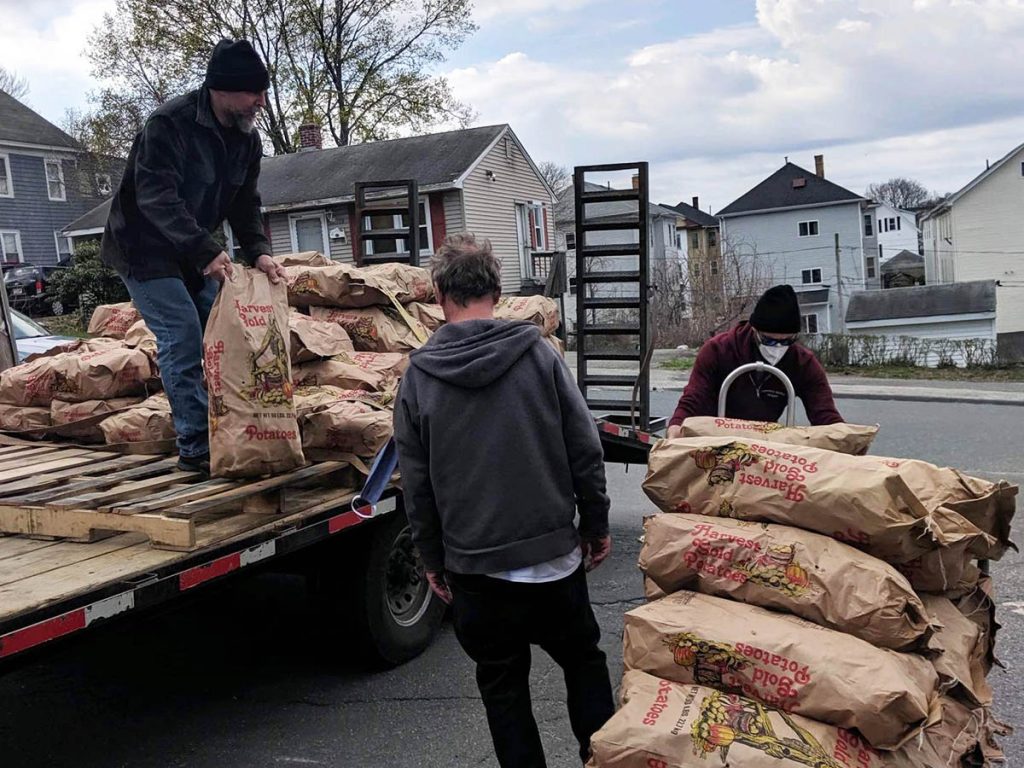 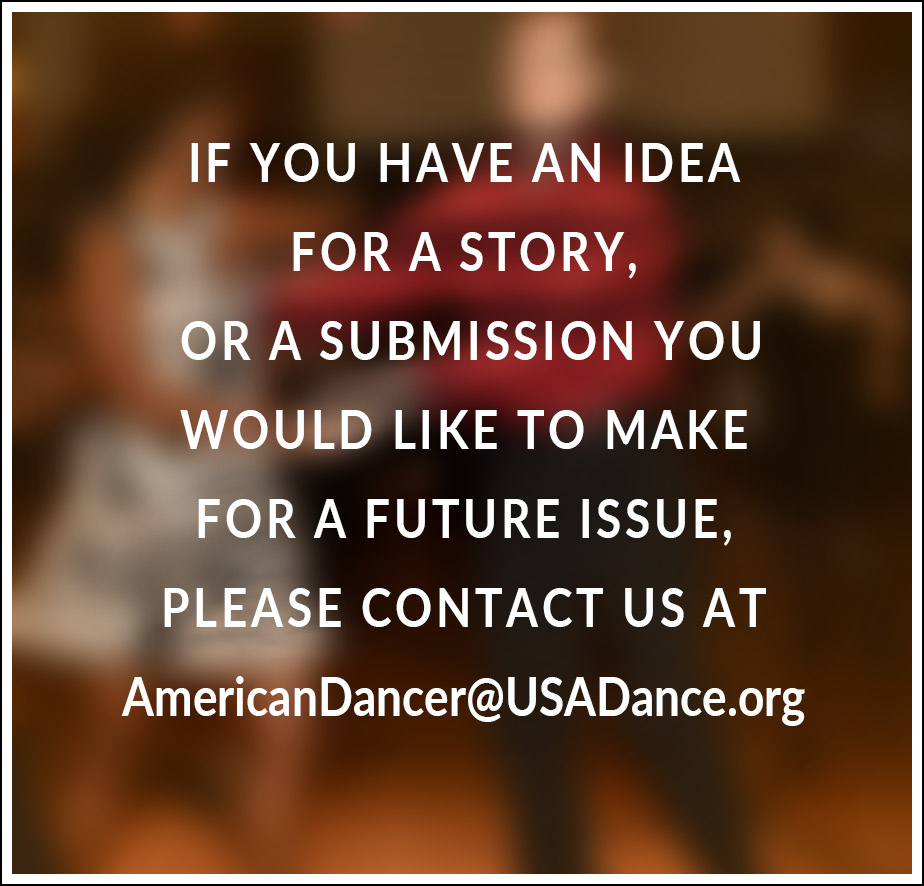 When the DOCMA chapter isn’t delivering potatoes, it normally dances! The chapter has traditionally had one major event per year, the Winter Ball, from which they create enough revenue to fund the other events they hold throughout the year. In 2020 that event had to be cancelled, but they decided to take a chance and use the deposit on their Winter Ball venue for their first post lockdown event on May 2, 2021. The timing of this was not without its risks financially, but they picked a popular venue, charged a modest fee, and followed all the local COVID protocols. Tables were socially distanced, there was no shared food, people were required to wear masks, temperatures were checked at the door, etc. The chapter issued green and red dots to help identify people who were willing or not willing to rotate partners, and the attendance was limited to 80 people to assure a large spacious dance area. Amazingly, the event sold out within 48 hours of tickets being on sale. 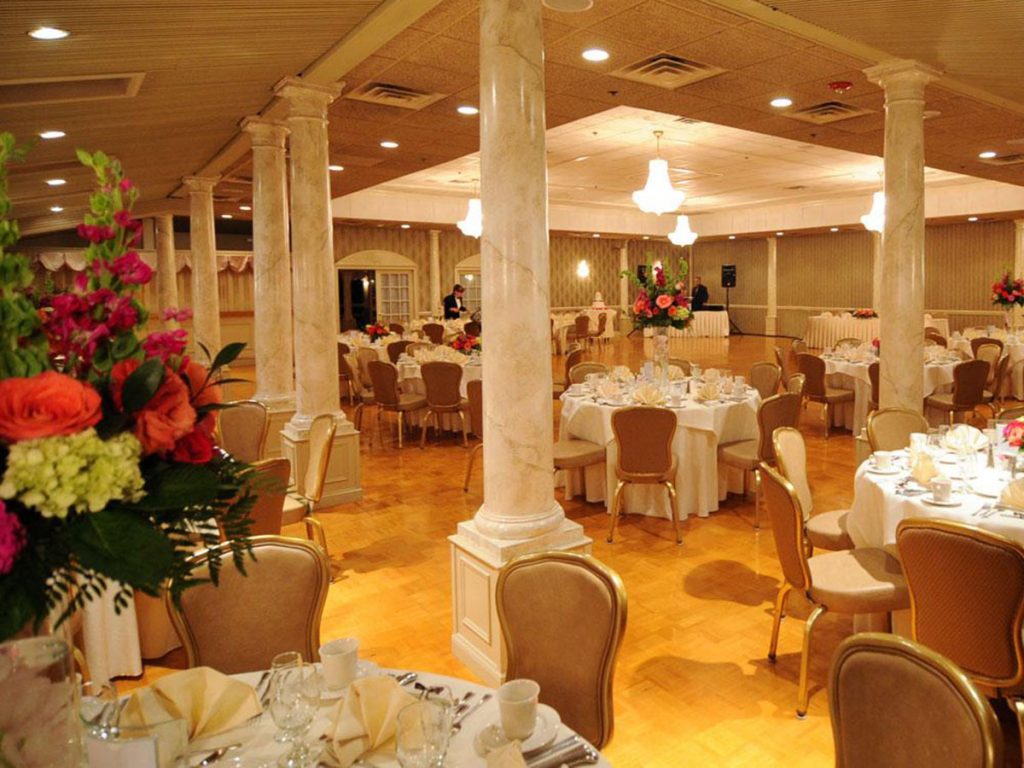 Maureen stated, “It was clear, there was a pent-up demand for getting back together. I don’t know what was better…people getting back to dance or seeing one another after a year of not being able to socialize in-person.” When it was over, DOCMA received many thanks and congratulatory messages for hosting the event. It was clear that hosting the event was the right thing to do, based on how excited everyone was.

The huge success of the May event spurred DOCMA to resume its regular dance schedule at their smaller dance venue for the upcoming months. In June, 50 people attended the “Summer Luau” dance, which was more dancers than they had been getting pre-COVID. A schedule was created for the rest of the year, continuing in August with a “Havana Nights” theme and rumba lesson. It should be noted that the chapter advertised the Membership Incentive currently being offered by USA Dance to sign people up at the events. 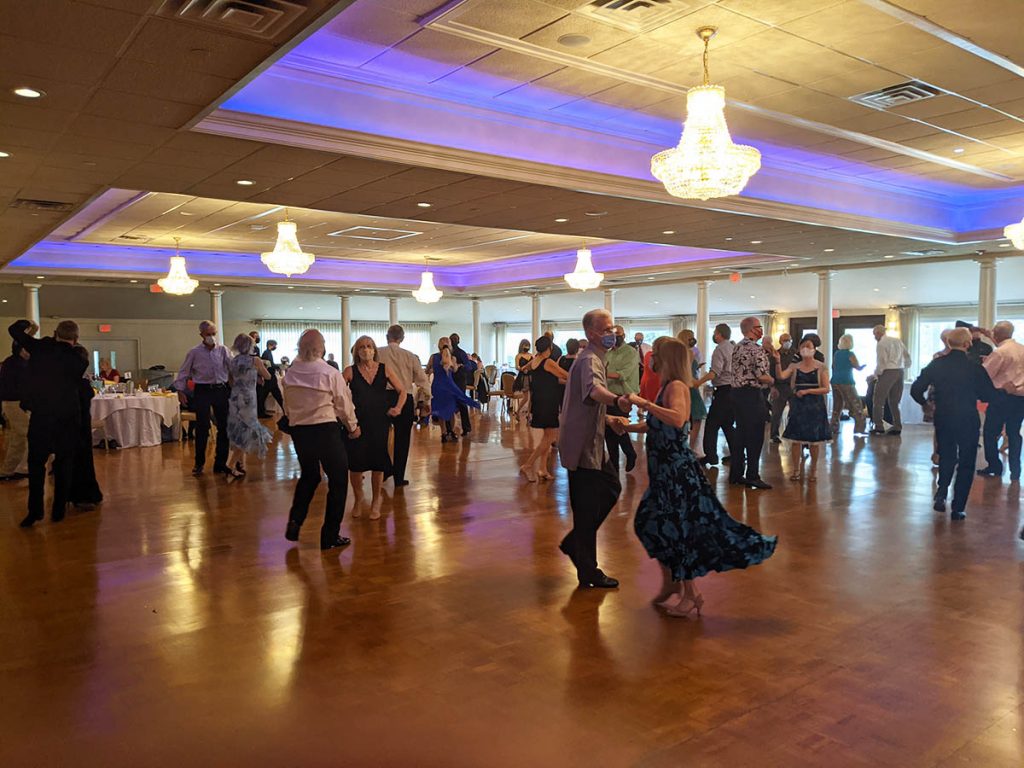 The chapter created the “Studio Spotlight Series” which is a very interesting partnership with the dance studios and independent instructors of Central Massachusetts. The chapter highlights one of the studios or independent instructors at each of their monthly dances and promotes them on the DOCMA website and on social media. The studios are invited to perform a showcase during intermission and typically bring many of their students to the dance. The chapter has found this involvement leads to much more commitment by the studios to the chapter and to USA Dance in general. DOCMA also likes to mix up their venues for their monthly dances, as they feel this allows them exposure to different dancers and gives members the opportunity to enjoy new places to dance. Maureen added, “One of our most favored venues is Mechanics Hall in Worcester; a historic facility that exudes timeless elegance.” 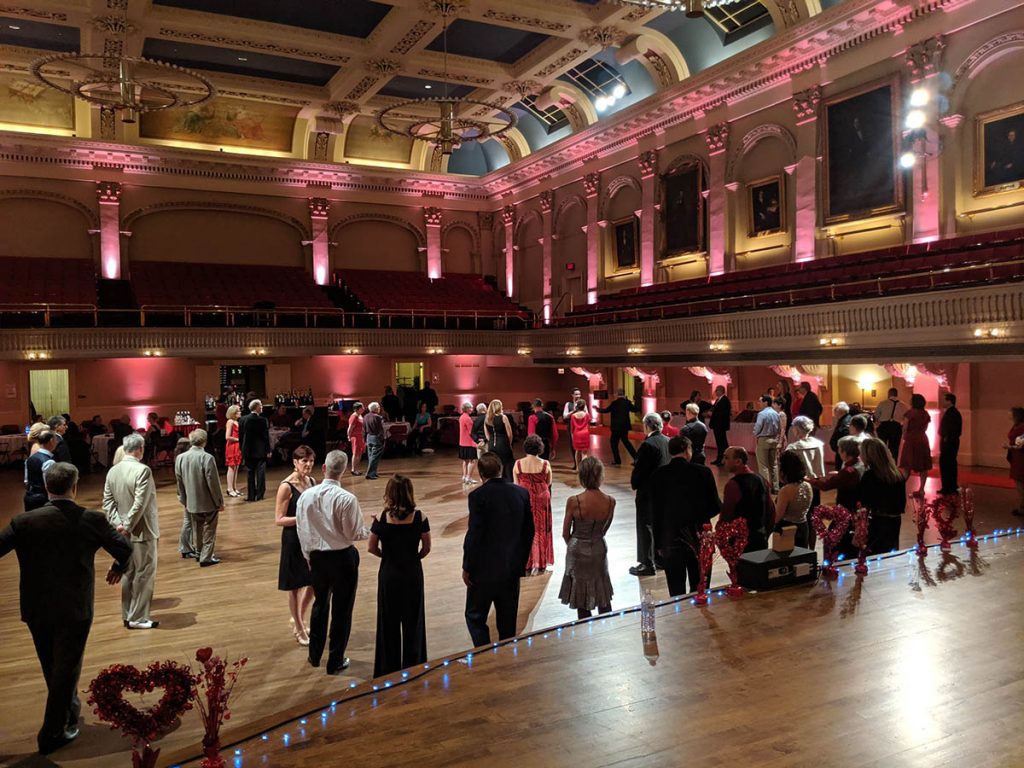 Maureen credits her board with doing a lot of the work, such as handling the treasury, running the website, doing marketing, and even acting as DJ at the monthly dances. She happily admits, she is fairly new to dancing herself, and appreciates other members of the board who help give direction on what dancers are looking for and where the focus should be.

American Dancer very much appreciates Maureen sharing her experiences and time in preparing this article and wishes all the best for the Dancers Of Central Massachusetts. 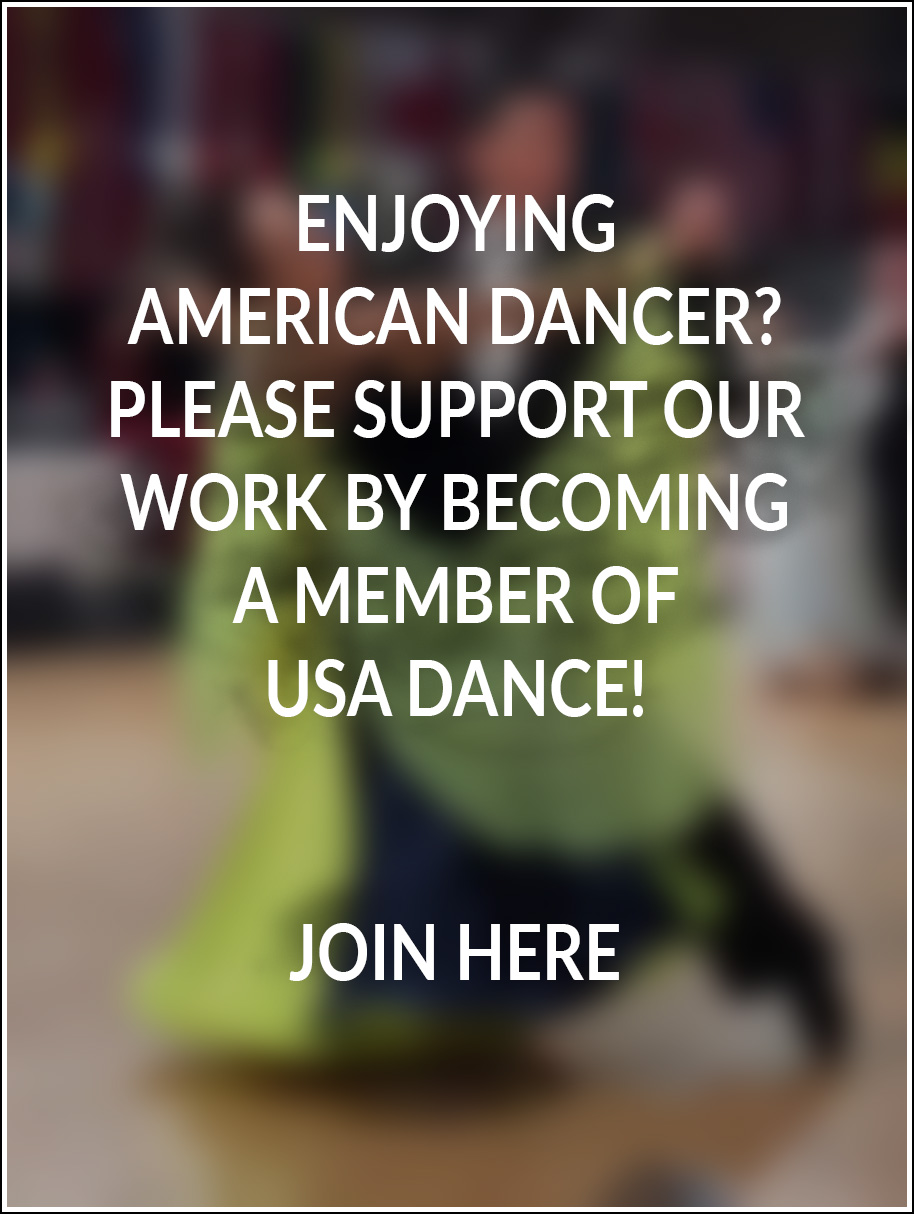